As a boy, I was aware that Mom was a good cook. I’d been to enough of my friends’ homes for dinner to know that few shared Mom’s skill in the kitchen. Judging by their response, my friends came to the same conclusion when they stayed for dinner at our home. In fact, a Mom called mine one evening asking how she prepared spinach. To her surprise, upon returning home after dinner with us, my friend couldn’t stop raving about the spinach, something he refused to eat at his own home. Apparently, she had only served her family canned spinach. Over the phone, Mom gave her instructions for sautéing fresh spinach in garlic-flavored olive oil. Decades before Jamie Oliver, Mom was changing how America ate, one dinner table at a time. Incidentally, to this day, I’ve never eaten canned spinach, no matter what Popeye said or did. 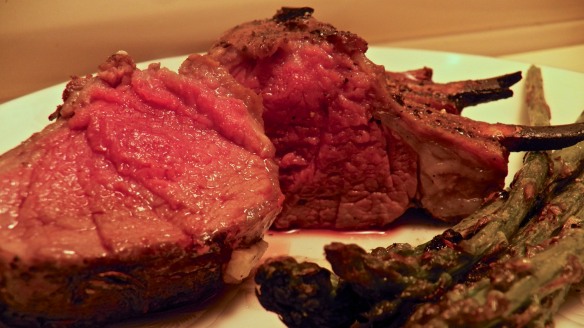 Knowing that Mom was a good cook was one thing, realizing the authenticity of her cooking was something else. During my first trip to Florence, I followed a tour book’s suggestion and dined at a family owned restaurant. Just as the book described, we were greeted by the owner/chef, taken to our table, and then he disappeared, returning a few minutes later with menus and a list of the specials. In the kitchen, just as the book stated, Mamma could be seen helping to get the orders out to the diners. I followed our host’s suggestion and ordered lamb chops. A few minutes later, I glanced into the kitchen and there was Mamma, just beyond the restaurant’s back door, grilling my chops. When I was served, I was surprised to learn that they tasted exactly — not similarly but exactly — as if my own Mom had prepared them. That was the day I realized just how authentically Italian Mom and Zia cooked. That was quite a souvenir to bring back home.

Although a recipe is listed below, today’s post is more about the method used than anything else. This was how all of our chops and steaks were prepared, no matter who manned the barbecue. This is not an exact science nor will it ever be. The only difference in method when cooking the various meats is that a little lemon juice might be added when cooking lamb. Otherwise, a simple combination of olive oil, garlic, rosemary, salt, and pepper are used to marinate the meats. It really is that simple but don’t take my word for it. Karen has shared her own flavorful version of this simple recipe for grilled lamb in her wonderful blog, Back Road Journal.

As for today’s lamb, a couple of days after Easter, I was pleasantly surprised to see 2 small racks (a 3 rib & a 4 rib) of Spring lamb in the meat display. I asked the butcher about them and learned that they have been trimmed to  fulfill special orders for the holiday. I bought them — at half price! — and stored them in the freezer, bringing them with me when I last visited Michigan. Believe me, after every future holiday I will be sure to check every meat counter within reason, looking for a similar deal.

The olive oil marinade is not one that is left on the meat overnight. At most, the meat was left to marinate for 3 hours, with 1 to 2 hours the norm.

As you can see in the photo, the rosemary wasn’t chopped before being used.  Most, if not all, will be lost during grilling. The same is true for the garlic, so, don’t be overly concerned with chopping/dicing everything evenly.

The racks could just as easily be broiled if a barbecue or grill pan is not available. As always, do not forget about them lest your return to find Spring rack of lamb flambé.

I mentioned last week that tart cherries are now in season. In my opinion, these cherries make the best pies, muffins, and jams. Yes, it can be a bit tedious pitting the little red devils but the end result certainly makes it all worthwhile. If you’re interested, you can see my recipe for making this delicious jam by clicking HERE. 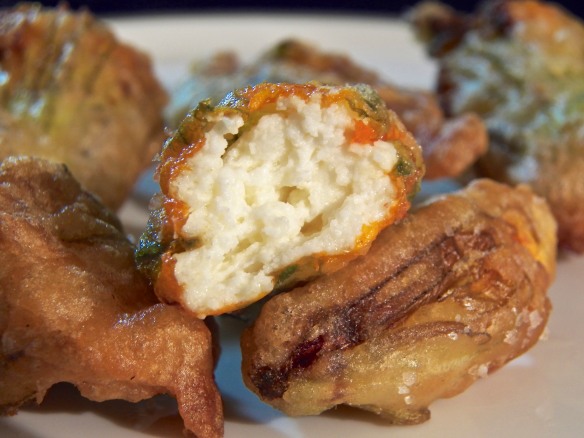